Please insert some letters, words or numbers of CPV vocabulary item that you are looking for.
Search Results

What is the Common Procurement Vocabulary (CPV)

The aim of the CPV is to standardise, by means of a single classification system for public procurement, the terms used by contracting authorities and entities to describe the subject of contracts, by offering an appropriate tool to potential users (contracting entities/authorities, candidates or tenderers in contract award procedure).

The new Supplementary Vocabulary has been designed to help contracting entities describe the subject matter of contracts comprehensively. It includes two letters (the first defines the section like products, the second defines the group), two digits that define attributes, and a check digit.

How to fill a notice for a call for competition with the CPV? Contracting authorities should try to find the code that suits their envisaged purchase as accurately as possible. Although in some occasions contracting authorities may find themselves having to select several codes, it is important that they select a single code for the title of the contract notice. Should the level of accuracy of the CPV be insufficient, then contracting authorities should refer to the division, group, class or category that better describes their intended purchase - a more general code that can be recognised because it has more zeros. 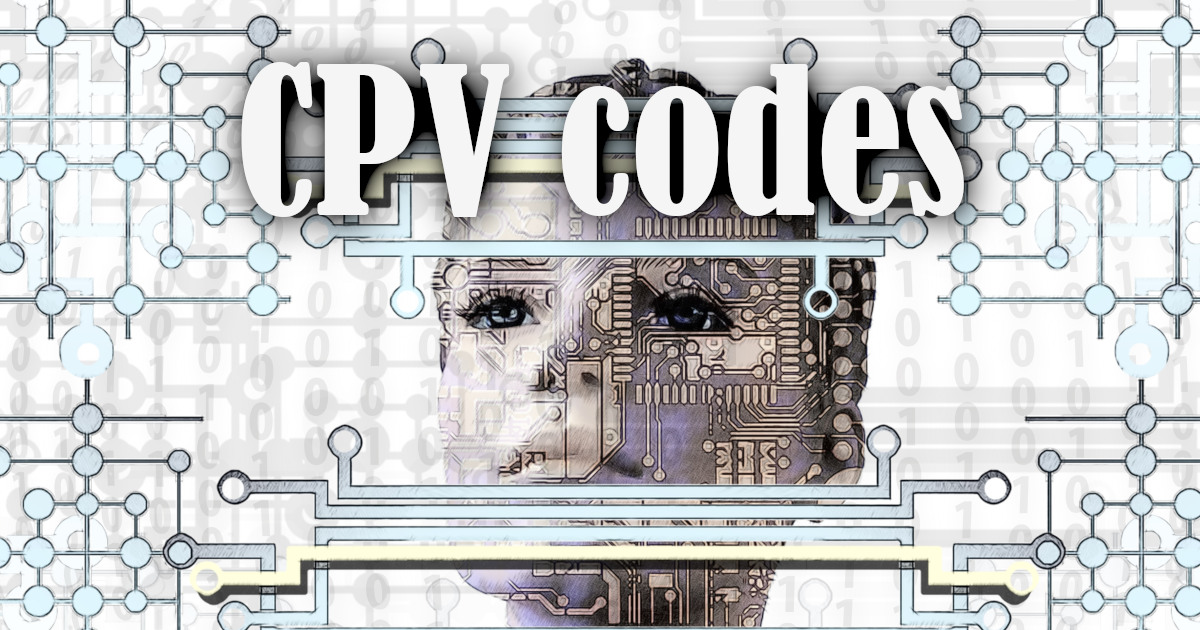